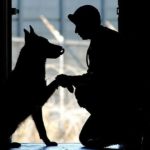 The Operation, often informally referred to as the  Battle of Abbas, took place on the slopes of the Sawtalo Sar Mountain, approximately 20 miles west of Asadabad, which is provincial capital of the Kunar.  The battle was fought during the June through mid-July 2005 time period.

The initial purpose for Operation Red Wings was to buttress regional stability by disrupting the activities of local anti-coalition militia (ACM) operatives, thereby facilitating a hopefully safe, civil and fair conduct of the Afghan Parliament elections, which had been scheduled to take place in the September 2005 timeframe.  At the time anti-coalition militia-related activities in the region were being marshaled by the concerted efforts of primarily one small group of operatives, led by an ambitious Islamic Fundamentalist leader, Ahmad Shah, a man from the local Nangarhar Province.  Mr. Shah and a small group of his compatriots quickly became the primary targets of Operation Red Wings.

Operation Redwings was conceived and planned by tactical strategists within the 2nd Battalion, 3rd Marines (2.3) of the U.S. Marine Corps.  The Operation was based on an operational model originally developed by the 3rd Battalion, 3rd Marines (3/3), an element which had preceded the 2nd Battalion in combat deployment in that region.  For the opening phase of the operation, units and assets were deployed from various special operations forces (SOF), to include the U.S. Navy SEALs as well as the 160th Special Operations Aviation Regiment (Airborne) (SOAR(A)) from the U.S. Army Special Operations Command

A tactical insertion team of four Navy SEALs, tasked with a critical reconnaissance and surveillance mission of a group of structures known to be used by terrorist operative Ahmad Shah and his men, fell into an intense ambush perpetrated by Shah and his group.

The team successfully inserts into the Hindu Kush region of Afghanistan, where they began to encounter communications problems in a mountainous region.

Arriving at their designated location, the SEAL teams was then accidentally discovered by local goat herders, whom the SEALs detain. Knowing that if they release them, the herders will likely alert the Taliban to their presence, the team is split internally over weighty tactical and ethical considerations  about whether to kill the herders or not.

The SEALs are soon ambushed, and they soon find themselves under intense attack, heavily outnumbered, and at a severe tactical disadvantage.  The men suffer various casualties during intense firefighting, and these wounds are greatly worsened when they are forced to jump off the edge of a ridge and into a large ravine.

This deadly ambush scenario took place in the immediate hours following the 4 man SEAL team’s initial insertion into the area, during which they fast-roped from an MH-47 helicopter.  During this deadly ambush, three of the four members of the SEAL team were killed.

A quick reaction force (QRF) made up of fellow SEALs aboard Chinook Helicopters was dispatched on a rescue and aid mission and heads toward the location without gunship escort. Upon the QRF teams arrival on the target objective one of the QRF helicopters is shot down by a rocket-propelled grenade (RPG), which was fired from an RPG-7weapon, tragically killing all eight U.S. Navy SEALS, as well as all eight U.S. Army Special Operations aviators aboard the craft, including Commander Erik S. Kristensen, while the second helicopter is forced back.

The operation name then transitioned to “Red Wings II” and lasted approximately three more weeks.  During this period, U.S. Forces were able to recover and secure the bodies of the deceased SEALs and Army Special Operations aviators.

The only surviving member of the initial four man Navy SEAL team, Marcus Latrell, was rescued and lived to write a book about his harrowing experience called “Lone Survivor,” which was published in 2005.

Luttrell’s survival story was later made into the hit Hollywood movie “Lone Survivor,” which was released to critical acclaim in 2013.  In the movie, following the ambush and ensuing firefight, a combat wounded Luttrell stumbles upon a small body of water where a local Pashtun villager, Mohammad Gulab, discovers him. Gulab takes Luttrell into his care, returning to his village, where he attempts to hide Luttrell in his home. Gulab then sends a local mountain man to the nearest American base to alert them to Luttrell’s location. Taliban fighters later arrive at the village to apprehend Luttrell, but Gulab and the villagers intervene, threatening to kill the fighters if they harm Luttrell. The Taliban fighters leave, only to return to attack the villagers for protecting Luttrell. Gulab and his band of resistant villagers are initially able to fend off the Taliban attackers, but end up being nearly overrun (with Luttrell being badly wounded) before American forces arrive and defeat the advancing Taliban fighters. After thanking the villagers who saved him, Luttrell is then hastily evacuated.  In the movie depiction, at the time of his rescue, Luttrell is grievously wounded to the point of almost succumbing to his injuries— but is mercifully rescued and revived in time to eventually make a full recovery.

While the goal of the Red Wings Operation was partially achieved, it is worth noting that Ahmad Shah eventually regrouped in Pakistan, and later returned fortified with more militiamen, increased armaments and more ammunition.  Shah also returned aided and greatly emboldened by the seemingly legendary “David vs Goliath” status and fame he had attained from the being associated with the Red Wings ambush on Americans, and the shooting-down of a coalition forces helicopter.

Several weeks later, Shah’s group in Kunar Province was stricken to a point of inoperability and Ahmad Shah was seriously wounded, during Operation Whalers in August 2005.  In April 2008, Shah was killed during a shootout with Pakistani police in the Khyber-Pakhtunkhwa.