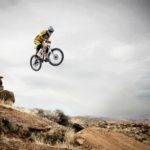 Reports of similar such messages have been reported to have been received by unwitting citizens from Utah to New Jersey to Florida.  These instances of miscommunication initially created a cause for alert among young people and their families within many communities across multiple regions of the U.S.  — especially in the immediate wake of the the recent conflict between the U.S. and Iran.

The United States Army has issued official “fraud alert” guidance in the form of a warning that advises that the recent spate of messages were indeed fake.  Officials from the U.S. Army also disclosed that that the pattern of false text messages was being actively investigated (very likely by its Criminal Investigative Division or CID).  A representative from the U.S. Army Recruiting Command stated in no uncertain terms,  “This is nothing that we are initiating, they are completely false.”

Information pertaining to how many fake texts were sent out, or what the originating source was of the fraudulent texts is thus far unclear / unknown, according to officials from the U.S. Army.  However, the Army did confirm that a comparison analysis of some of the texts did reveal some notable similarities in language patterns used in differing messages.  Officials also disclosed that some of the messages managed to contain phone numbers and names of real U.S. Army officials.

It is worth noting that even if an involuntary draft was actually imposed in the United States — by federal policy and procedural guidelines — the Army would not be in charge of managing that process.

A federal policy of conscription has not been in effect in the United States since 1973 — when the draft  was abolished as part of the federal government’s acquiescence to the American public’s growing dissatisfaction with the fighting and mass casualties suffered by U.S. service members in Vietnam.  Since that time, the U.S. Army has been an all volunteer force.  Any change to the current all volunteer staffing profile of the U.S. Armed Forces would require an act of Congress.

However as tensions have spiked between the U.S. and Iran in recent weeks, broad swaths of the American public have become preoccupied by the very real chance that armed conflict could indeed be sparked — resulting in a protracted combat engagement, or “World War III, which had been robustly trending on numerous social media outlets .  The text message hoax appears to have been deployed and targeted in a way to capitalize on these fears, as a general sense of public anxiety over the possibility of war has been trending across the country.

The United States has not had a draft in over 40 years, however male citizens between the ages of 18 and 40 years old are compulsorily required to register with the Selective Service System, which exists as an independent agency within the U.S. federal government for the purpose of collecting basic information about American citizens who would be service-eligible in the event of federal imposition of and involuntary draft.

Female citizens are not required or allowed to register for the Selective Service  — despite the 2015 DoD  policy change allowing women soldiers to eligible for participation in U.S. military combat roles.  Currently an oversight has been tasked with evaluating whether or not the “non-registration for Selective Service” rule should be changed to reflect the updated gender compatibility policy with regard to combat action eligibility of female soldiers.